Each year, John L. Miller-Great Neck North High School and William A. Shine-Great Neck South High School announce the winners of significant graduation awards, including the annual Barstow and Scott Moss Awards. A look at these awards, and their recipients, follows.

The coveted Frederic Duclos Barstow Award was established in 1962 by Françoise and William Barstow in memory of their only son who died of pneumonia at age 35. The Barstows were prominent Great Neck residents after whom Barstow Road is named. The Barstow Award is given annually to students at each high school. Recipients of must be in the top 10 percent of their class and be “outstanding in leadership, citizenship, scholarship, and service.” Each recipient receives a monetary prize.

North High School’s valedictorian and salutatorian are traditionally their school’s Barstow Award winners. Information about Valedictorian Sahar Tartak and Co-Salutatorians Kevin Khadavi and David Zeng is featured in an article about the Class of 2022 Valedictorians and Salutatorians. 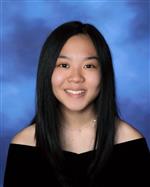 Lydia Wang is a Commended Student in the National Merit Scholarship Program. She served as the co-president and art director for the Community Action Club, and she was an active member of the Human Rights Club, Math Team, Pre-Med Club, and Red Cross Club. Lydia is an avid runner and three-season athlete who participated in cross-country, winter track, and spring track teams at South High. She shared her joy of learning with younger children as a tutor and music teacher outside of school. Lydia will attend Stony Brook University. 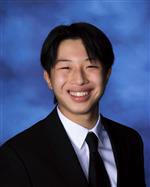 John Xie is a Finalist in the National Merit Scholarship Program. He participated in DECA, Debate Team, Christian Seekers, and Asian Culture Club. John was a varsity athlete on the tennis team and captain of the volleyball team. He participated in numerous science research opportunities and competitions, and he was even published in two scholarly journals. During the pandemic, John initiated a mental health start-up and created opportunities to help others in need by coordinating grocery pickup, tutoring, and support for medical sector workers. John will attend Ross School of Business at Michigan University.

The Scott Moss Award was established in 1977, in memory of Scott, who was an outstanding South High student until his death from cancer. The award is given to the graduating senior who exemplifies the “service, concern, interest, and ability of Scott Moss.” The recipient of the Scott D. Moss Memorial Award, given at South High School, is Sana Merchant. 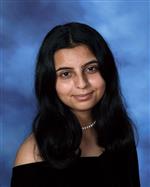 Sana Merchant is a Commended Student in the National Merit Scholarship Program. She was a leader on the South High Rebel Robotics Team #2638 and her passion for engineering inspired her to co-found She Has Empowerment (SHE), an initiative that encourages female participation in robotics and STEM programs. Sana was also a member of the South High Tennis team throughout her high school career. She coordinated and participated in various service and fundraising activities as a member of the Key Club and Red Cross Club. During the pandemic, Sana combined her passion for helping others, her industriousness, and her technology skills to design and 3D-print face shields to donate to local police officers. Sana will attend Brown University.